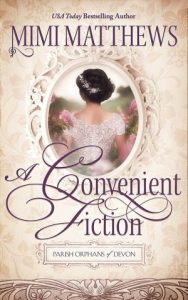 Ever since her father’s death, Laura Hayes has been forced to shoulder the burden of her invalid brother and the family finances. An unscrupulous lawyer holds the remnants of the family fortune, and in order to wrest control of her father’s property from his oily fingers, Laura must marry. Husbands are scarce in rural Surrey, however. Dissolute neighbor George Wright is hardly a prime choice, and given their past history, Laura would never accept his advances…matrimonial or otherwise.

When George brings a handsome friend named Alex Archer home to visit, Laura is instantly drawn to him. But although Mr. Archer seems to feel the same attraction, he is also assiduous in his attentions to local heiress, Henrietta Talbot. Is Mr. Archer nothing more than a manipulative fortune hunter, or does he have the kindness and character to be the savior Laura Hayes needs?

Alex Archer has arrived in Surrey with one goal in mind: to marry, and marry rich. But although foolish George has provided him with the necessary introduction to Miss Henrietta Talbot, Alex finds another woman occupying his thoughts entirely. The penurious Miss Hayes, with her alabaster skin and raven-haired beauty, seems determined to peer through his carefully-crafted façade and see him as he truly is. And this, more than anything, terrifies him, for he has spent his entire life running from the demons of his past, insulating his loneliness with lies, and pushing away anyone who threatens to come too close.

This book is a beautiful addition to Mimi Matthews’ Parish Orphans of Devon series. While the book can stand on its own, it’s helpful to know the past stories of Alex’s “brothers” from the orphanage (Justin Thornhill from A Matrimonial Advertisement and Tom Finchley from A Modest Independence). I particularly enjoyed getting a glimpse of Finchley again and seeing his unfinished business with Alex Archer resolved.

As the opening scene commences, one wonders if things will stay “proper” in this romance, but the relationship between the main characters is sweet throughout. One of the best moments of the book was when Laura declares to Alex that he doesn’t really want property, he wants a family, and family is exactly what she has to offer him. It is a breathtakingly simple truth often overlooked in romance novels.

The imagery of being pulled underwater is woven throughout the novel, both in a literal and metaphorical manner–foreshadowed in the first scene and fulfilled in a most dramatic way as the book moves to its climax. One of the things I appreciate about Mimi Matthews’ book is that she doesn’t always conclude with wedding bells but lets us follow the couple a few weeks or months further, to the point where they have truly grown into their love for each other. This book is a satisfying romance on its own merits but even richer when you see the connections with the other Parish Orphans of Devon. Recommended.

Disclosure: I received a complimentary copy of this title from the publisher via NetGalley. All opinions expressed in this review are my own.