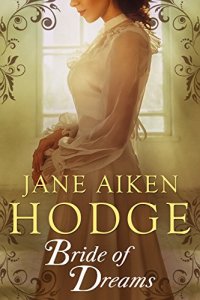 Amanda Carteret hopes to marry her childhood friend John Purvis, but when the evil Lord Meynel contrives to send John away into the navy, the naive seventeen-year-old is entrapped into marrying Lord Meynel himself. What follows is the saga of Amanda’s life as she endures the abuse of a sadistic elderly husband, grows to womanhood as one of the richest women in England, and travels to Naples as an English expatriate, there to witness firsthand the horrors of the Napoleonic wars and the exploits of Lord Admiral Nelson and his brave officers. Throughout it all, she never forgets John Purvis, but when he finally seems within her reach, it begs the question: was John Purvis–the real John Purvis in all his stodgy, middle-class glory–actually worth pining over all those years?

I selected this book with the intent of learning more about Admiral Nelson who is one of the historical characters around whom the action hinges. The relationship between him and Emma Hamilton and the reaction it provoked in Neapolitan society was interesting. Amanda herself was a very passive heroine without much intelligence. Her chief virtue seemed to be her sweet nature, and it was a little befuddling how she managed to attract the heroic swain who falls at her feet at the end of the book. All in all, the historical information contained in the book managed to bog down an already weak storyline. The unusual setting of Naples, however, still had its charms, and I felt like I learned a good deal from this book.