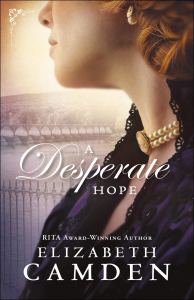 Alex Duval is the mayor of a town that’s received its death sentence. The residents will all receive compensation from the government and then their homes will be demolished to make way for a large reservoir to support the city of 1908 New York. Having lost his lawsuit against the government, Alex is prepared to accept the inevitable–until an old flame comes to Duval Springs, and with her, a big idea!

When big-city accountant Eloise Drake shows up to assess the buildings and offer payouts to the residents, she finds herself back in the one place where she thought she’d never return. She and Alex have a past together, one that ended in him getting beaten up and her getting sent to a convent. She’s not interested in returning to that phase of her life, especially now that she has a potential relationship with her boss, Fletcher Jones.

When ebullient Alex and sensible Eloise make a plan to move the town instead of tear it down, they must work together to launch a municipal bond, galvanize the town’s inhabitants, lay railroad tracks, prepare foundations, transport buildings of all shapes and sizes, and discover a mysterious saboteur who is out to stop them. Despite all the backbreaking labor, equipment failure, and opposition from the state, the hardest obstacle Alex must face is the one he cares the most about–winning back Eloise, the girl that never should have got away.

This book had a unique setting and a lighthearted quality that made it a pleasure to read. Alex Duval is an optimist, a dreamer, and a man not afraid to cry, cheer, or tell the world that he’s in love. Eloise Drake is a prim and proper mathematical wizard, nursing hurts from her mother, her father, and Alex himself. Together, they can, as Alex believes, do absolutely anything. I enjoyed their second chance romance and how Alex took the bull of small town gossip by the horns, declaring to everyone that he’s doing what he should have done years ago–try to marry Eloise Drake.

Although the town of Duval Springs is fictional, Elizabeth Camden based it on several historical towns near New York that were either demolished or relocated for the sake of the reservoir. Over all, this was an enjoyable read on a relatively obscure topic in American history. I didn’t even realize that this book was part of a series until I looked it up on Goodreads, so clearly it can stand alone quite well. I am interested to read more books by Camden.

Disclosure: I received a complimentary review copy of this book from the publisher via NetGalley. All opinions expressed in this review are my own. 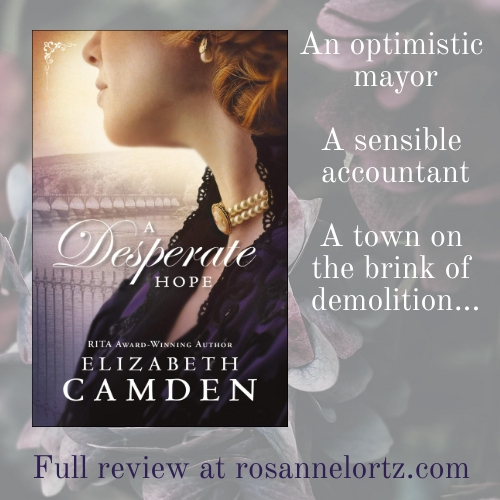