TO WED AN HEIRESS (Pevensey Mysteries #1) 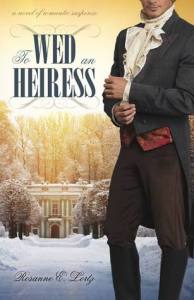 Haro Emison, thrust into his new role as Earl of Anglesford, discovers that his late father has left the family teetering on the edge of financial ruin. Intent on rescuing the estate, Haro abandons his long-held interest in his cousin Eda and searches instead for a wealthy heiress. But when pride and jealousy cause his plan to spiral out of control, he begins to wonder if he has made a dreadful mistake….

Eda Swanycke is enjoying her first season in London when her debut comes to a crashing halt. Jilted by her cousin, she suffers the indignity of watching Haro’s new intended lay claim to his person and position. But when a brutal murder upends the household with Haro as chief suspect, Eda must put her wounded pride aside, match wits with the investigator from London, and try, at all costs, to save Haro Emison’s neck from the gallows…

This novel takes people and events from the Norman Conquest and transposes them into a lighthearted murder mystery set during the early 1800s.